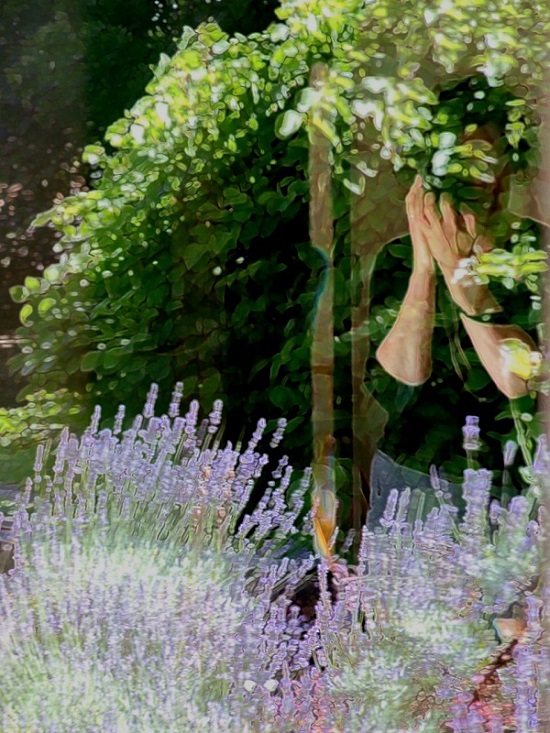 My old friend Lady Lavender now in her thirteenth year
she straggles the stone path brazenly throwing off all restraint,
exposing her less than graceful aged limbs with huge gaping gaps where
once she held an ever-so tight, prim & proper pose for donning that summer bonnet.
Now though she is bare and patchy in places giving way space to other plants like the young
Herb Robert with his little pink posy offerings filling and enhancing Lavender's bald spots.
Other critters too still adore her, Small and Large Whites, Brimstones and all manner of Bees.... 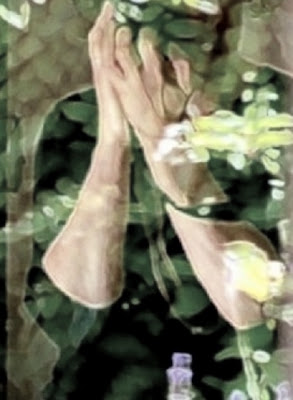 Yes the garden has changed over the years once an organised array of spectacular blooms
which you could depend on with regular punctuality, now giving way to a rambling profusion
of pop-up posies all making an appearance as and when like hide and seek characters!
Amazingly you think some may well have delivered their last performance having not
seen them for awhile only to be outwitted and surprised when they show their
tenacious spirits in the most unusual places, winding their way through
several layers of dense shrubbery and appearing triumphantly as if
hailing - 'you won't squeeze us out'!

I must confess to feeling a bit like Lavender these days
less than lovely limbs, bald and patchy in places,
even confused at times, whether I can make
an appearance or not, still I do have my
Herb Robert filling in the gaps!!!

suzanne said…
lavender is a wise plant...my aromatherapy teacher would call her 'grandmother lavender' for all the wisdom held in her essence. she is a beautiful one to resonate with. :)
28 August 2013 at 17:24

Introverted Art said…
this is so beautiful Sue... lavender is one of those plants that always implies health, peace, and calm
29 August 2013 at 00:21

Stephanie said…
YOU are as lovely, wild and rampant as your beautiful garden...all of us, of this certain age, feel at times like hiding behind that patchy lavender but SHINE forth!
29 August 2013 at 02:27