I don't know what it is about this picture,
but I agreed with what Google declared after I had finished editing it, that it was "awesome"!
The only difference was, their version of awesome was at odds with mine,
they wanted to add some fake snow to the image
and float it across the internet..... No Way!

I would never treat my image in such an irreverent way,
it was after all an awe inspiring occasion, an act of worship even!
I had been walking out just before dusk, and asking myself
just what is it that impels me to seek solace in the landscape?
What part of my soul wants intimacy? What is going on here
when I see something that says 'this composition', 'this beauty', 'click now'?
This point of contact that pulls me in? 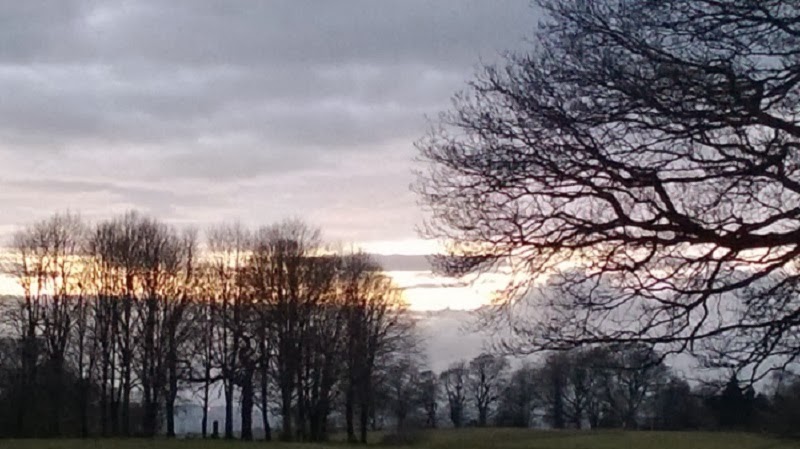 As my love and I strolled along we had a whole conversation about this,
we decided between us that it must be like falling in love, that great unknown mysterious chemistry that exerts it's influence compelling the act of merging! 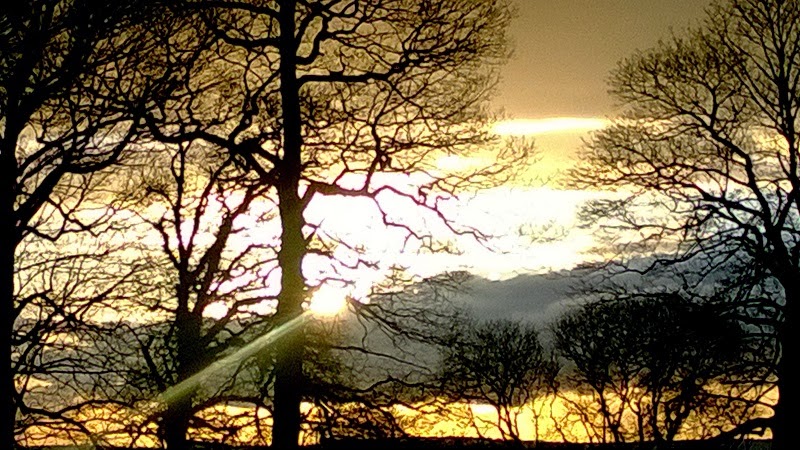 These other images come pretty close to awesome for me too, after a little tweaking in Picasa 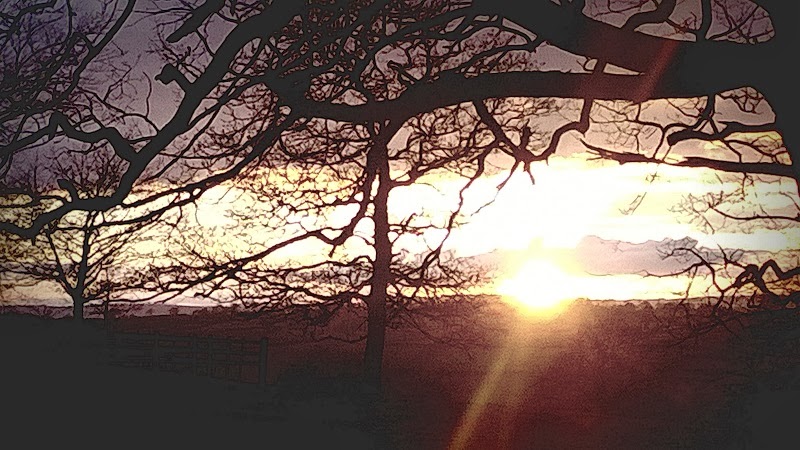 and to say they were taken with my camera phone....

February 24, 2017
Comfy and cosy feeling all loved up in the comfort of haiku... Just a quick line this week but thought I'd mention 'Doris' the storm that hit our shores.  On our walk through the church yard this morning there was quite a bit of damage, mainly to the trees up-rooting one altogether so that's why my Jasper and me are snuggling up till spring... Happy weekend all haiku lovers... Haiku my Heart Recuerda mi Corazon
10 comments
Read more