the title for our monthly village newsletter,

I was the one to come up with the title,
the others embraced it, and so it was launched.
That was some ten years ago,
it is still going strong today.
Community was my world then but more at a local level,
today my community has expanded to global proportions,
thanks to among others the British scientist
Sir Tim Berners-Lee,
who was celebrated Friday night in the opening ceremony
of the 30th Olympic Games in London
as the inventor of the world wide web!

One of the ceremony highlights, 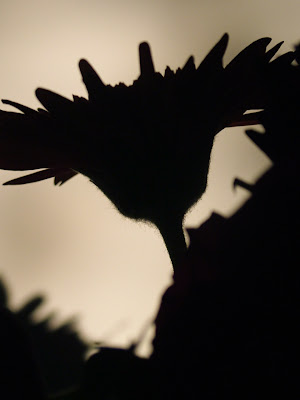 the lighting of the olympic flame cauldron was very emotive.
A metal flower petal was carried by
each country's representative and assembled in place,
as the flame ignited all of the petals they moved together
rising as one united blossom, a spectacular vision!
This reminded me of the opening and closing
of the Lotus Blossom
which is said to represent the awakening of consciousness,
which does seem fitting here as this occasion also marks  the first Olympic Games to have a female representing each nation! Bravo!

So today I am embracing the word 'connection',
embracing new connections,

embracing old connections,
for through all of these connections ~
We may embrace Paradise!

The following article, found at the DailyOM is one of many that inspires me, it speaks about the 'ripple effect, and changing consciousness.
~ The DailyOM

"Like the ripple on a lake spreading out, humanity is awakening at an ever increasing speed"

rebecca said…
oh yes, connections, i think underneath everything i do this is the deeper purpose.
yes, my heart was flooded with love for you as i enjoyed the opening of the Olympics. BRAVO ENGLAND!!

it is so amazing, this ability to express ourselves, share and support each other through blogs and computers across this beautiful earth, who would have ever guessed????

gma said…
Sue,
The Daily Om arrives in my eMail box each day and inspires me as well. We are all connected Consciousness, existence, bliss.
xx
29 July 2012 at 22:13

My Offering said…
Thanks for visiting my blog via Deb and sharing this post - I truly connect with what you've written here! I wrote a post recently about Authentic Online Community. Connection means so much to me. And I love the quote you shared about ripples!
15 August 2012 at 12:09