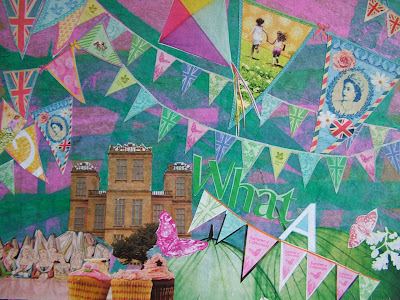 My yoga buddy recently qualified to be a masseuse,
I decided to create a little collage in honour of her achievement.
It's a bit too representative for my taste
but will suit my friend fine.
Carol is also a National Trust tourist guide,
for the grand Hardwick Hall, they have
recently opened a new restaurant
in the old stable yard (16th century),
Carol is responsible for telling the story.

Of course I had to play with my image in Picasa! 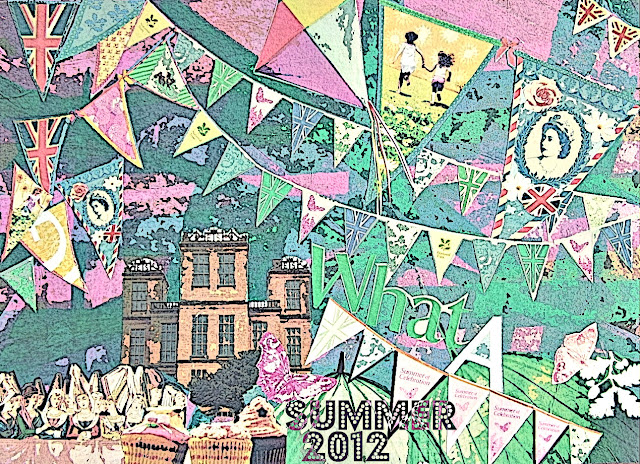 It's a curious thing when I create in collage,
something unintended but meaningful quite often surfaces.
For example take the two green umbrellas behind the word Summer 2012,
they were originally translucent flowers that caught my attention, I applied them upside down to the base line, not thinking of rain, it wasn't until I perused the collage later that I realized their significance!
This summer of celebrations here in the UK has up to now been the wettest in my memory!

(Queen's Jubilee and the Olympic Games)

Unknown said…
not sure if we've been to Hardwick Hall. used to be NT members.

gma said…
Following your intuition you added the flowers in auspicious way. I LOVE collage for those reasons. Thank you for your kind words on my blog. :-)
28 June 2012 at 00:39